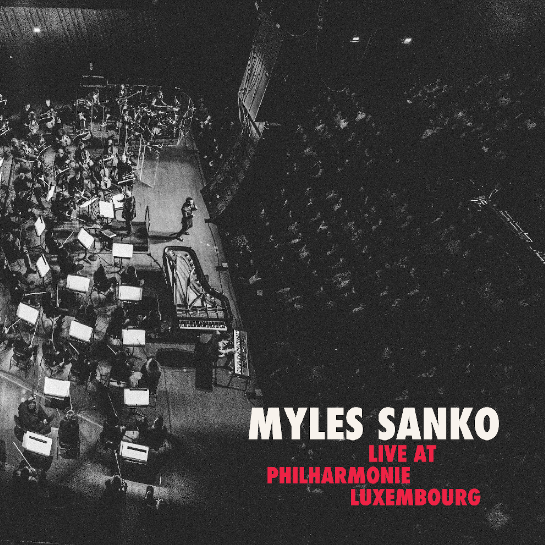 “To be able to release my first live album of such magnitude is a dream come true” says Myles Sanko. “Capturing what I do live has always been a goal of mine for some time now and I am over the moon that it has finally come to life. To do it this way exceeds my imagination and I am truly honoured to have created this with all these exceptional musicians”

“Live at Philharmonie Luxembourg” features ten songs with orchestral arrangements by Gast Waltzing and Peter Hinderthür. It includes all the favourites such as “Come On Home” or “High On You” and classics like “Just Being Me” and “Forever Dreaming”. It will be available on 12″ vinyl LP, compact CD and digital formats. After the release of his third full studio album “Memories Of Love” in 2021, “Live At Philharmonie Luxembourg” preserves the magic of Sanko’s concerts for home listening.

This new offering will instantly remind fans of the unique combination of raw talent and sophistication with which he captures his audience so effortlessly.

„Live at Philharmonie Luxembourg“ will be released on 3rd March 2023