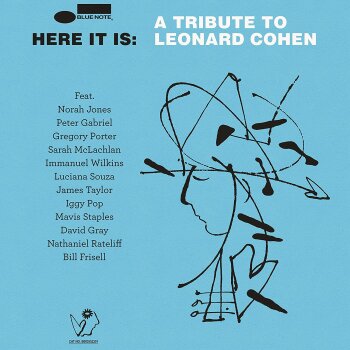 The late Leonard Cohen could certainly be a formidable performer, but he endures primarily because of his songs – richly poetic, nuanced and evocative pieces of aural literature composed with enough considered space to leave them open for eclectic interpretations. His „Tower of Song“ came with flexible blueprints, which is why Cohen has been the subject of so many often excellent tribute albums, both during his lifetime and since his 2016 death.

Here It Is: A Tribute to Leonard Cohen is a worthwhile entry in the large pile of salutes and serves as a complement to 2022’s illuminating documentary Hallelujah: Leonard Cohen, a Journey, a Song and the companion compilation Leonard Cohen: Hallelujah & Songs From His Albums. It hosts a crew of top-shelf artists taking on a dozen Cohen pieces, many established favorites but also a few deep digs, with producer Larry Klein’s jazz-tinged arrangements providing the sonic thread to sew them all together.

Gregory Porter, one of the great jazz vocalists of the moment, delivers a soulful version of Suzanne that hews to its original melodies but allows the jazz artists accompanying him to interpolate and offer their own flights. 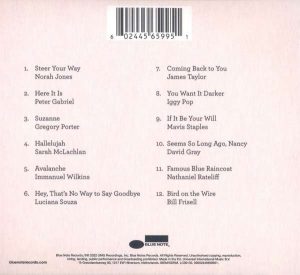