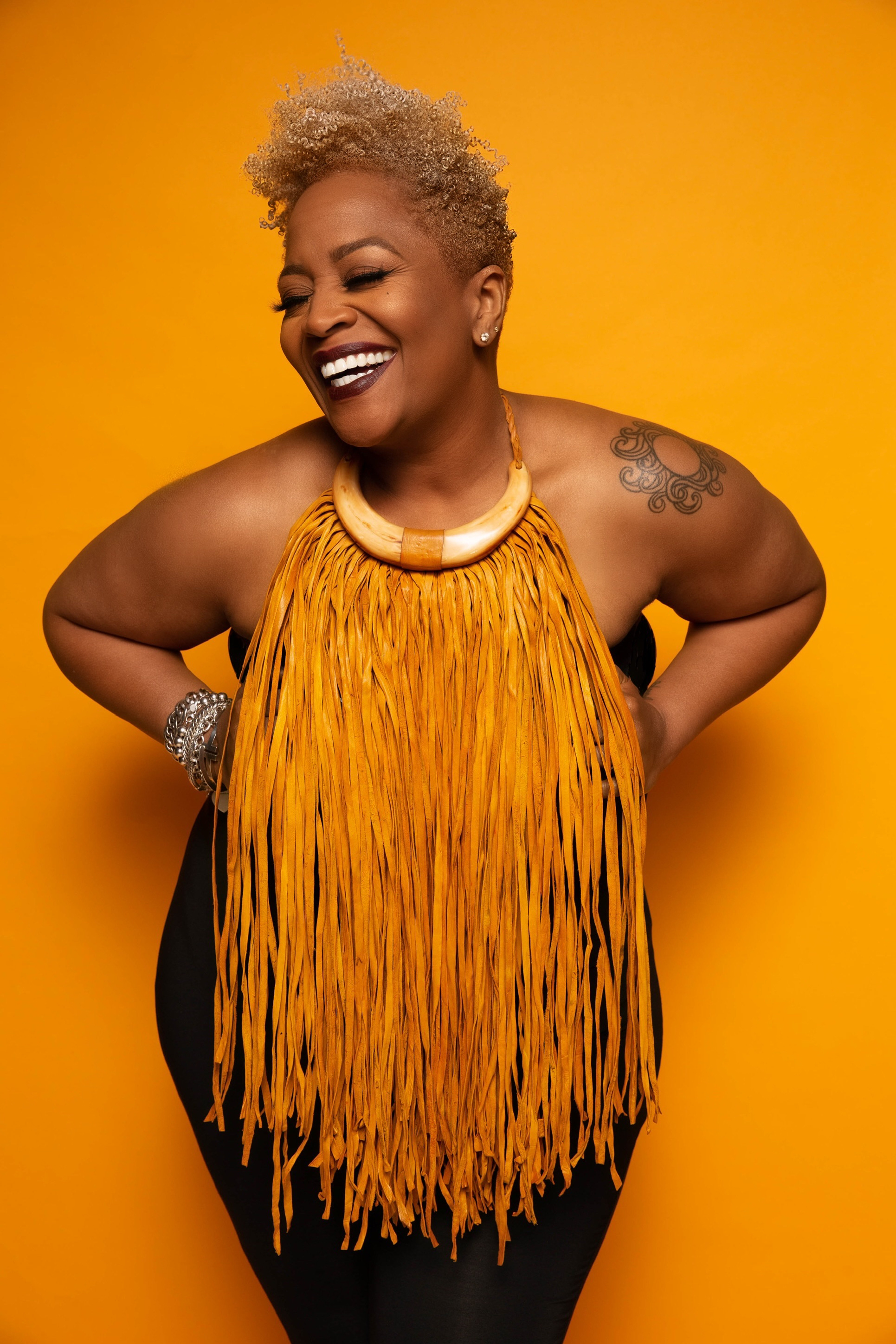 Avery*Sunshine takes no detours in creating melodious music for the masses. She makes the kind of music that undeniably satisfies the soul. Her sound is uplifting, vibrant, and exactly as her namesake suggests, full of sunshine. She brings people together through her riveting stage performances, candid and often humorous stage banter, and optimistic anthems about love and life. Born Denise White in Chester, Pennsylvania, her roots are firmly grounded in the church. Avery, along with her Grammy award winning, creative life partner, Dana “BigDane” Johnson; the singer, pianist and composer has created a remarkable and unforgettable sound.

The Atlanta based singer’s no holds barred signature soulful R&B appeal has garnered praise from the iconic musical figure, The Queen of Soul, Aretha Franklin, who raved, “I love Avery*Sunshine!” She has also received praiseworthy acclimation from luminaries such as Patti LaBelle, Berry Gordy and Boy George, who proclaimed on Twitter “@averysunshine love this woman’s voice.”
Most known for the #1 Billboard chart hit single “Call My Name” from her critically heralded sophomore project: The Sunroom, Avery and Dana were awarded ASCAP’s Rhythm and Soul Song of the Year Award. Amongst Avery’s award acknowledgements are nominations for both the Soul Train Award and BET Centric Award. From numerous sold-out shows and career milestones that include a UK tour opening for the late B.B. King, a performance on The Jools Holland Show and four Hot Adult R&B top 20 Billboard hits, as an endorsed artist with the Yamaha Entertainment family, she was invited multiple times to perform for and by the late Ms. Aretha Franklin.

Our current times have not escaped Avery’s heart or soul. During the spring and summer of 2020, Avery, Dana and their youngest son performed several free “LIVE FROM THE CRIB” shows for several hundred thousand people helping to uplift spirits during the pandemic. Additionally, as part of Avery’s recognition of much of 2020’s global concerns, she debuted the single “How Will You Remember Me” in June giving respect to those who fell victim to the pandemic and also to honor their loved ones as simultaneously the country was dealing with racial and social injustice. Avery continues to set herself apart as not just an artist, but a person who is filled with compassion and one who is aware of her own human frailty.
________________________________________
2 On Stage