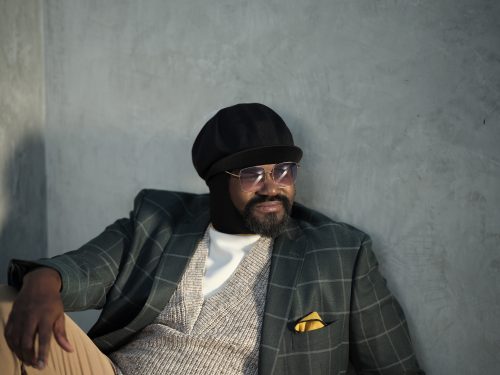 An artist whose music is at once timeless yet utterly of its time, Gregory Porter solidifies his standing as his generation´s most soulful jazz singer-songwriter with Take Me to the Alley, the much-anticipated follow-up to his sensational 2013 Blue Note debut Liquid Spirit. Yet in his remarkable career, Porter has time and again demonstrated an innate ability to transcend genre and connect with audiences from all walks of life, and his new music reflects the singer´s continued and mindful growth as an artist and as a person amidst the constant touring demands that have resulted from tremendous international success.

Liquid Spirit – which followed the critically-acclaimed and Grammy nominated albums Water (2010) and Be Good (2012) – quickly grew into a global phenomenon, selling a million albums worldwide and becoming the most streamed jazz album of all-time with over 20 million streams. The album has sold Platinum in the UK and Germany, and Gold in France, The Netherlands, and Austria. As Porter polishes his artistry as one of our most heartfelt singer-songwriters on Take Me to the Alley, his burgeoning body of work will continue to give voice to its modern times while simultaneously echoing the legacy of jazz and soul´s yesteryear and informing generations of musicians to come.

Nat King Cole & Me, which Gregory has recorded together with Vince Mendoza as conductor and London orchestra in May 2017 has been released in October 2017. It´s a statement of Gregory´s most loved songs of his hero, the legendary pianist and singer Nat King Cole. That’s what Gregory himself is saying: „This record is about musical healing and the source of my inspirations… my mother, gospel music and guess what – Nat King Cole.“ The live presentations of the wonderful album were amazing, so Decca Records decided to release his fantastic performance at London Royal Albert Hall in April 2018 with Vince Mendoza as conductor and the sounds of London Studio Orchestra as live CD & DVD! You should check this out, it is simply wonderful!

His latest album All Rise (August 20) marked a return to Porter’s beloved original songwriting — heart-on-sleeve lyrics imbued with everyday philosophy and real-life detail, set to a stirring mix of jazz, soul, blues, gospel, and pop. The album also represents the evolution of Porter’s art to something even more emphatic, emotive, intimate, and universal too.
On „Still Rising“, which is currently being released in 2021, Gregory Porter presents himself in 34 recordings with the greatest hits from his previous six albums, in collaborations with other stars and even with brand new songs.