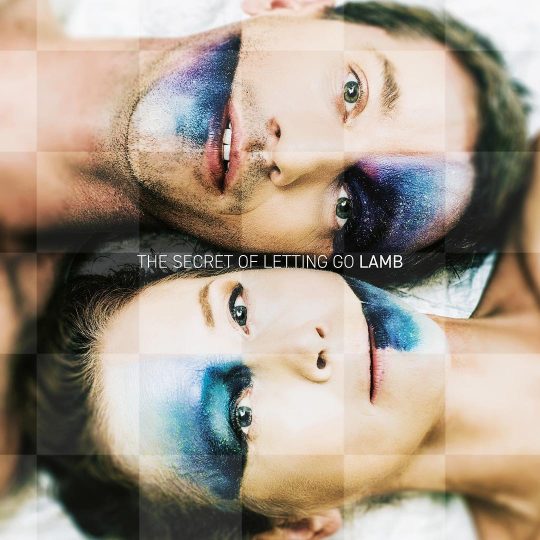 Lamb’s album The Secret Of Letting Go starts with a lone voice that’s soon met by a wobbling lo-frequency bass note. The sung message is simple, offering a contrary message: “So much to say/I’m lost for words”. It’s intimate, like eavesdropping on private thoughts, until it opens out into a chorus that positively glows out of the speakers. It’s like blinking your way into bright sunlight; walking from basement to beach in a split second, a match struck alight in darkness. The return of Lamb is a bright, shining beautiful thing. The Secret Of Letting Go – Lamb’s seventh album – is all about the space between sounds. At times sublime and celestial, at others a swirl like a desert sand storm the music offers a launch platform on which Lou Rhodes’ superlunary voice can take flight.
Lamb’s studio encounters have been sporadic since the duo – Lou Rhodes and Andy Barlow – ended their post-millennium hiatus to record the album 5. The Secret Of Letting Go came together after a period of time that saw the band touring their classic self-titled 1996 debut album in full for the first time ever as well as Lou working on her forth solo album (theyesandeye) and Andy producing other artists.
Revisiting each of the tracks for 1996’s Lamb for a series of sold-out live shows would prove influential during the writing process for The Secret Of Letting Go. Having to recreate that debut album’s sparseness for the stage helped to direct them when writing their seventh album two decades later.
“The Secret Of Letting Go wasn’t the easiest album to make but it certainly feels like one of our strongest to date. It’s a true brother/sister dynamic but they say blood’s thicker than water; music is our blood.”
So the secret’s out then. Keep on pushing to the brink of your friendship wherever in the world you might be – it might just result in your best work to date.

Exciting times and another year to celebrate their music!